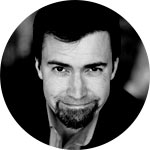 Games are in Mike Tinney’s DNA. His career in game design, began before the advent of “the internet,” by running weekend-long murder mystery themed events at hotels and resorts. After his company was merged into White Wolf Publishing, Mike spent the next 13 years in a variety of roles that included game design, licensing, marketing and business development. Ultimately he was handed the reins as CEO to guide White Wolf’s transition from brick-and-mortar publishing house to North American subsidiary for CCP Games, an online game developer out of Reykjavik, Iceland. It was this acquisition that led to Mike being named President of CCP North America. Joining the global leadership team, Mike helped CCP to grow from maverick game developer to a multinational company, spinning up two new international studios and projects in addition to the hugely successful “EVE Online,” growing to over 600 employees, and routinely working with budgets north of $50M.

In 2012, Mike stepped down from his position at CCP to put his extensive talents in game design and business development to use in starting up a new endeavor that brought together his passions for games, fitness and social interactivity. The result was “FIX” – Fitness Interactive Experience.

FIX is dedicated to defining the frontier of Health Entertainment. Using video game engagement methods and consumer marketing entertainment strategies, FIX has been breaking new ground in the corporate wellness space delivering story-based health challenges. Focusing on metrics like engagement and retention, FIX brings a behavior-first approach to the corporate wellness landscape and has a proven track record in delivering higher participation and customer satisfaction than traditional wellness programs.