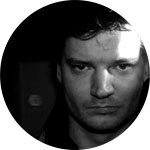 Reynir founded CCP Games in the summer of 1997 with the goal of becoming a leading massively multiplayer online game company. With the launch of EVE Online in May 2003, CCP established itself as one of the leading companies in the field, winning numerous awards and receiving critical acclaim worldwide. Ten years after its launch, the EVE universe boasts over half a million paying subscribers and is one of the only online games to grow consistently year after year.