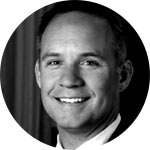 Tim is arguably one of the strongest voices in the nation encouraging Americans to lead a healthy and active lifestyle. A highly credentialed health advocate, Tim earned his MD and PhD from Tulane University in Preventative Health as well as a Masters degree in Public Health. Tim is often used as an expert source on preventative health in several media outlets such as The New York Times, the Los Angeles Times, CNN, the London Times, NPR, etc… Tim has served on several national, state, and city committees; he currently serves as a member on the Mayor’s Council for a Healthier Baton Rouge, hoping to motivate the local community to become more active and make healthier food choices. He has also been invited as a guest speaker for the United States Congress, Committee on Government Reform: Diet, Physical Activity and Dietary Supplements: The Scientific Basis for Improving Health, Saving Money and Preserving Personal Choice.

Tim is currently a Professor of Preventative Medicine at Pennington Biomedical Research Center at Louisiana State University. Like a true FIX American Hero, when Tim isn’t saving the lives of people around him, he’s an avid exerciser and two time finisher of the Ironman distance triathlons.