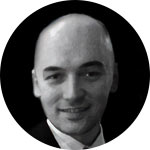 As Cary was working on his Masters in Computer Science and Computer Engineering, his professors had convinced him that there was no future in games and he needed to work at an upstanding adult job, like maybe NASA.  Encouraged by a friend, he applied to an open position at CCP Games on a lark, and that decision became the most pivotal decision of his career.

Cary is now an experienced developer with a broad set of technical skills, but his core competencies center around databases, distributed computing, and other aspects of “back end” programming.  He has a particular passion for automated testing and continuous integration.

Outside of work, most of Cary’s time revolves around working with his wife to raise a young daughter–an all-encompassing whirlwind of activity that involves everything from camping trips to piano recitals.